A Curious Case of Reincarnation

First of all I'd like to thanks my friends Pierre and Marie Bishop for so kindly sending me a link to this fascinating story.

This in brief is the story of a young Middlesbrough man named Carl Edon who, in 1995 was brutally slain aged just 22 by his work mate Gary Vinter. Both men were walking home from work one evening when Vinter set upon Carl in a vicious attack. Vinter ended up violently stabbing Carl 37 times hitting every organ in his body. But it is not Carl's tragic death that will be the focus of this article, well not exactly.

As a youngster of just 3 years old Carl grew up telling his parents stories of striking memories of a former life. He claimed through out his life that in a previous existance he was a member of the Luftwaffe, the German air force, and that whilst in action over Middlesbrough he had been shot down and killed in the course of his duties.Carl even claimed that  his right legs was lost in the crash.

Naturally, as you will imagine Carl's parents were very skeptical of these fanciful yet astonishing claims, in fact his Dad told a local paper the he got "sick of Carl going on about it". But it was only when Carl started to get taunted at school that he spoke less about his supposed reincarnation.

Then in 1997, two years after Carl's death. The wreckage of a German bomber was discovered just a few hundreds yards away from where Carl was killed. Contain within the wreckage was the earthly remains  of an unfortunate airman who died when the plane (a Dornier Bomber) crashed after being damaged by anti-craft fire and colliding with a barrage balloon. The Body of the airman was later identified as Heinrich Richter a turret gunner.

Now this is were things get really interesting. Carl always said that he when his previous self was shot down he had lost his leg in the crash and, he did in fact have a birthmark at the top of the leg he siad he had lost in his previous life. Birthmarks it seems are a common factor in cases of reincarnation and many people claim they relate to physical trauma received in their past lives.
But in what some may say is more than just mere coincidence the body of Heinrich was found to have had its leg detached in the crash, the leg was found apart fron the body still wearing a boot.

But of course this could all just be a very strange coincidence and after all, so far in this tale there is no real connection between the airman and Carl, and it would have remained that way were it not for some research by local historian Bill Norman who, after a lot of hard work traced the family of Heinrich Richter and managed to obtain a photograph of the airman.

When the two photos are compared there is, I think a striking similarity between the two men. On seeing the photos Carl's Mother Val is reported to have said "Its got to be him. The resemblance across the eyes and the nose is just uncanny." 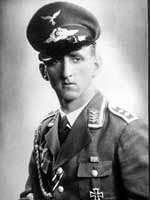 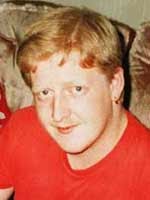 But the strangeness dose not stop there. On the night that Carl (a railway worker) was murdered he had been collecting railway carriages from Skinningrove near the east coast before returning to Middlesbrough where he met his end at the hands of Vinter.  Heinrich and his crew had bombed Skinningrove before using the railway line to navigate their way towards Middlesbrough where as we know they met their end also.

So are Heinrich and Carl one and the same? Is this proof positive of reincarnation? Well I'm sure there will be folks that read this who will say yes. Also there will be those that will acknowledge the obvious coincidences but will say that they are just that, coincidences, pure fluke. Me I'm not sure where I stand, I don't think that this story alone proves that reincarnation is fact, I think its a bloody interesting tale and maybe together with all the other stories out there it might help add some weight to the claims that just like Pacman we get more than one life.